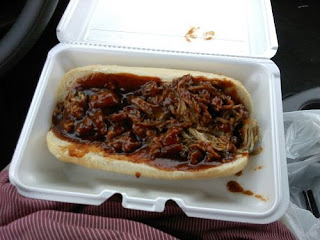 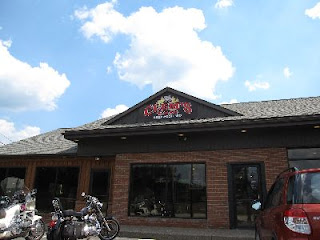 While I'm no expert, I've tasted BBQ in St. Louis, Memphis, Texas the Carolinas and other places. Pittsburgh has really never impressed me with BBQ places. In the past I've made a lot of trips out 22 to Central PA. A place that always caught my attention was Clem's BBQ. It was kind of shack like, the way a BBQ joint should look. One morning I was heading east and passed Clem's at around 6:30 in the morning. I could see the smoke rising and smell the hardwood fire while they prepared for the days cooking. On my trip back in the afternoon, I had to stop. On my first visit I tried the pulled pork sub, with mushrooms and a great sauce. It was the best BBQ I've ever had. Over the years, I've stopped many times and always had exceptional food. The menu consists of baby back and country ribs, pulled pork and beef sandwiches and standard sides. They keep it simple and stick to what they do best.

A while ago, they were forced to relocate due to road construction and are now further east, towards Blairsville. The building is new and doesn't have quite the same charm, but the food is still exceptional! If you like BBQ, it's a nice weekend drive and worth the trip for a great lunch.
Posted by Dave, The BurghFeeder at 11:16 AM 3 comments: Links to this post 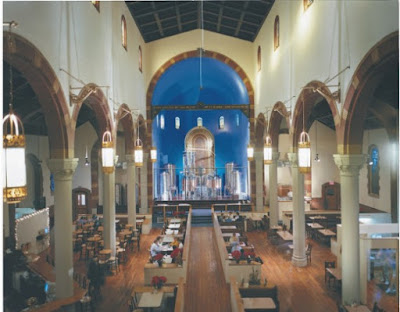 The Church Brew Works in Lawrenceville (right on Liberty Ave, just up from the Strip)has always provided good food and good beer in a very unique atmosphere.

Originally constructed in 1902 as St. John the Baptist Church, it operated as a church until 1993 when it closed. A few years later it opened as the Church Brew Works. The new owners managed to maintain the original character by keeping the huge pipe organ, pews for seating and on the altar are the massive copper brew tanks.

Church Brew Works brews a variety of house beers with names such as Celestial Gold,
Pipe Organ Pale Ale and Pious Monk Dunkel. In addition they serve upscale pub food, sandwiches, salads, dinner entrees and delicious wood-fired pizzas. In addition, they have a few vegetarian selections. They also have special weekend menu features and full bar service.
Posted by Dave, The BurghFeeder at 9:24 AM 3 comments: Links to this post