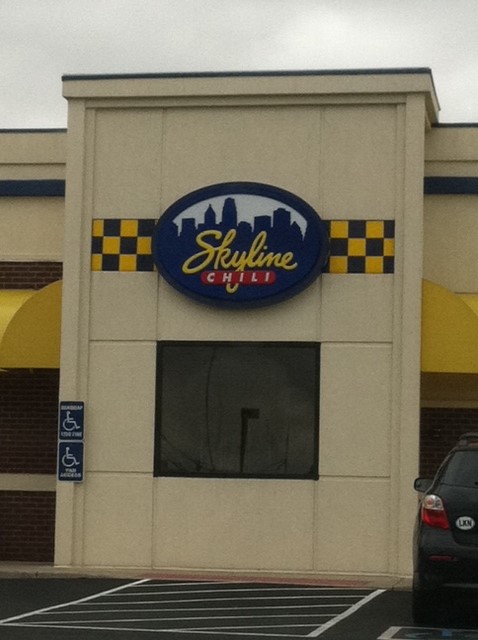 Over the years, I've traveled to Cincinnati on fairly frequent occasions.  One of the oddity's, as least as its related to food, is the proliferation of chili restaurants all over the city.  The two most well known are Skyline Chile, and Gold Star Chili.  I don't know how many Skyline restaurants there are, but they seem to be on every corner. 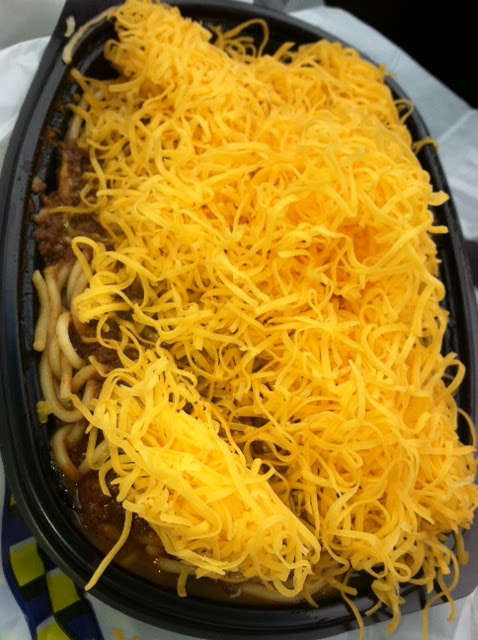 The standard chili is called Three Way, which is chili over spaghetti, and topped with cheese.  Four way also included either beans or onion, and Five way is loaded with everything.  I, of course, went for the Five Way.

Is this the best chili ever? Not even close.  But the unusual combination of spaghetti, chili, cheese, onion, and beans makes it regular stop whenever I'm in the area.

Posted by Dave, The BurghFeeder at 8:39 AM No comments: Links to this post